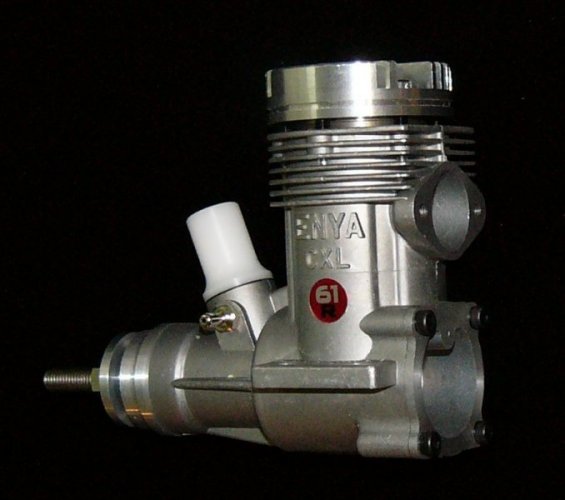 Being a CL stunt flier and having a preference for rear exhaust engines I simply HAD to get one. The bad news was that Enya had sold out of them but a little internet searching turned up Randy Smith of Aero Products in America who had them in stock. The matching Enya muffler and stub adaptor weren’t available but Randy had his own header and CNC slip on tubular muffler so they were ordered with the engine. The header shown is full length but will be shortened somewhat when installed in a model. The muffler slides on over the header using an “O” ring for a seal at the front so the rear of the muffler needs to be supported by a clamp.

As with all Enyas, it’s beautifully machined and a partial strip down revealed it was spotlessly clean inside. This is a ringed engine but uses a brass liner that’s nickel plated with a silicon carbide composite. Enya calls it a ringed ABN but in this case the N more properly stands for Nikasil as used by high performance cars such as Porsche, BMW, Ferrari etc. To the best of my knowledge this is a first for model engines in much the same way that the much earlier 60X was a first in using AAC for a production engine. It’s based on their previous 50CX and uses the same stroke as the 50CX but being a bored out version it’s very oversquare having a bore of 25mm and stroke of 20.4mm. The 61 is actually 20 grams lighter than the 50.

The cylinder head appears to be a normal head with the plug threads machined into the aluminium but appearances can be deceptive. The head is actually a 2 piece like a Rossi with a head button for the combustion chamber and the finned outer clamp ring. As can be seen in the photo, there’s a small dimple on top of the button that’s visible when the head is assembled and at first I couldn’t see the reason for it. I eventually discovered that there’s an optional high compression button (which I believe is standard on the RC version) so the dimple is likely to be a distinguishing mark. The threaded length for the plug exactly suits the medium length Enya (and OS) glow plugs so for a standard long length plug (as I used when running in) an extra washer is desireable although not totally necessary. No shim is used although it’s an optional extra. 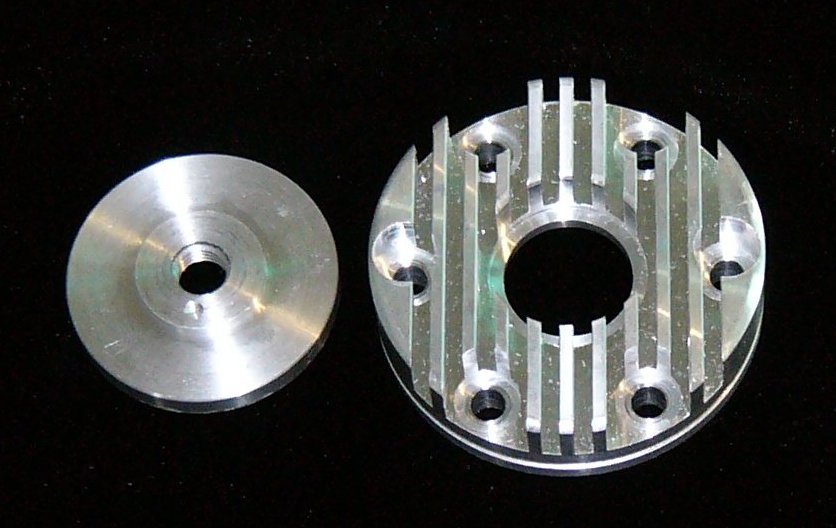 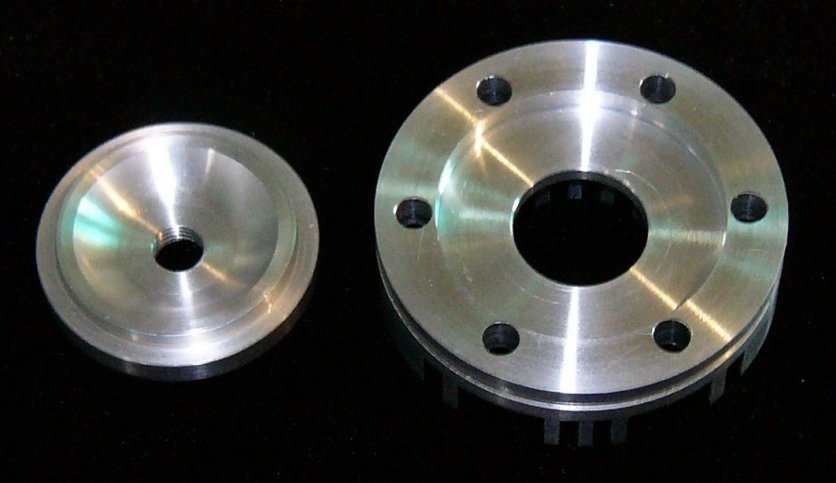 Enya in their wisdom, knowing that modellers are always pulling engines apart, have included in the instruction sheet a tightening sequence when refitting the head. This is a first for a manufacturer to my knowledge. Additionally they’ve put a dimple on the rear face of the conrod and specifically state that this is the only way the rod can be fitted correctly. This is common for almost all rods but has caught out many of the unwary who haven’t noticed the tiny chamfer on one end of the rod bush that must fit against the radius ground on the crankpin where it meets the crankweb. The photo shows the dimple and the single normal ring on the piston. 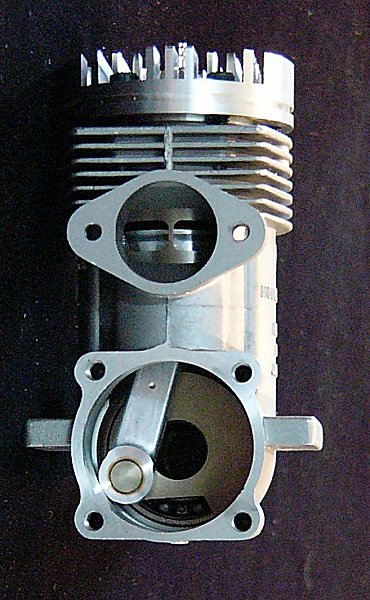 With this engine being the CL version, the needle valve is of some interest. It appears to be similar to a Super Tigre needle valve but in fact is quite different. The retaining nut is threaded onto the fuel nipple side which means that the entire spray bar and needle can be removed without losing the setting simply by removing that nut. Inside the spraybar body (the threaded end to the left in the photo) there’s a piece of a silicone type tubing which seals against air leaks while the large hex nut has a miniature version of a tapered prop drive collet which squeezes down around the needle valve to vary the resistance to turning the needle. With a CL spraybar, the positioning of the outlet hole is quite important as best fuel draw is achieved when the outlet is pointing about 10 degrees down from straight across the venturi. Because the hole is then out of sight it can be a bit of guesswork so the traditional method is to file a mark on the outside of the spraybar as a reference. Enya have done this for us by putting a dimple on a hex flat 180 degrees away from the hole (as shown in the photo). The venturi as supplied is 7.5mm diameter which is a little on the small size so I’ll most likely swap it for the 8mm venturi fitted to my Enya 60-IIIB. 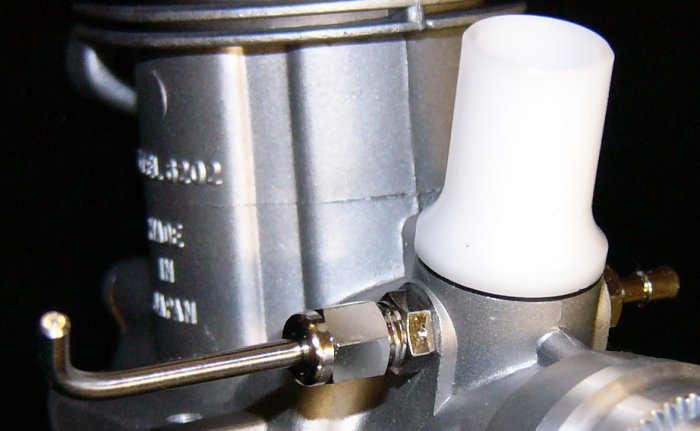 As usual with a new engine, I partly stripped it mainly to record some details of its design.