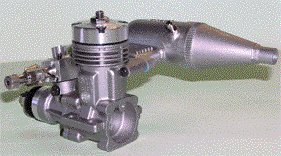 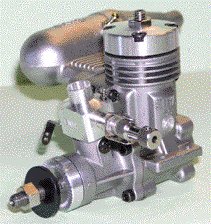 Introduction
Enya Metal Products have produced over 80 different engines over the years and all have been with a specific purpose at the time to meet a particular market niche. Some 30 years ago when I first became interested, they were producing a general range of sport motors ranging from 1.5cc up to 10cc. The pamphlet included in the box of each engine listed a 0.06 c.i. ( 1.0cc) Diesel, but it took another 9 years before a new production run was made and I obtained my first Enya Diesel.

It was with great interest to learn late last year that Enya had produced a brand new 2.5cc Diesel which has been reported in the press recently.

Aside from this my Club has introduced a new class of competition “World War I Combat” which has two restrictions. 1. Wing Span to be 42 inches and 2. Engine to be 25 size or 4cc. Since then members have been seeking out old Enya 25x’s, Enya 25SS’s and various other older 25 size motors.

When the opportunity was presented to me recently to test a new offering from Enya, the 25 SS Diesel, wild horses could not restrain me. At last the chance that could make a difference to this class.

Description
As with all previous examples from the Enya stable, the components are masterpieces of moulding and machining. Being of Japanese origin the threads are all metric with the exception of the Prop nut where they have opted to retain the popular imperial size of ¼ x U.N.F (28 t.p.i.) This engine appears to be a conversion from the Glow version of the same size produced some years ago.

Crankcase
This appears to be pressure moulded with cast transfer passages which enable the inflowing fuel mixture to flow on the outside of the piston liner to the inlet ports.
The crankcase incorporates an integral back plate as was used on many of the earlier Enya sport motors.

Front Housing
A removable front housing is used with this engine to enable the crankshaft to be removed. It contains two well sized metal caged ball bearings for this engine size, both of which are common sizes and easily obtained from local suppliers should replacement ever be necessary. The front bearing has a dust shield in place, but as most of these it will only keep out the “rocks”. There is a fine hole from the rear of the front bearing to the base of the carburettor. This is a design used on many engines to reduce the amount of fuel emitting from the front bearing. Should this fine hole ever become blocked, you may note excessive fuel coming out of the front bearing whilst the engine is running. Whilst this is not really a problem, is does make a mess inside the cowling or over the front of the model. 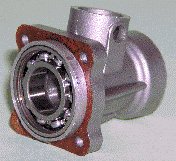 Crankshaft
A conventional one piece design with a substantial Crank web counter weight. Also note that the Prop driver is keyed to the crankshaft. The only other Enya to use this was the .19(3.5cc)VI TV Ball race engine from yesteryear. It is hardened and ground to the final size as are most good quality production engines.

Cylinder Liner
Unlike the recently reviewed 2.5cc, This example retains the same as previous SS models in that the liner is hardened steel. There are four ports machined in the liner, these being three for the Schnuerle inlet porting and the other for Exhaust. The liner has a 2.5mm lip to retain it at the correct height in the crankcase. 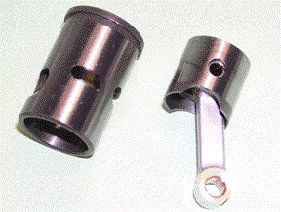 Piston and Connecting Rod
The piston is conventional made from fine grade cast iron or meehanite. This combination with the steel liner has proven to be a successful combination over many years and was widely used prior to the ABC style.(A- Aluminium piston, B- Brass liner and C-Hard Chrome plating on the liner)
The piston pin ( Gudgeon pin or Wrist pin)  is retained with the piston spring retaining clips. The piston pin itself is hollow, finely ground and 5 mm diameter.
The Connecting Rod or conrod is cast high grade alloy with bronze bushing in each end.

The Heads
Unlike a Glow engine, there are four components to make up the complete assembly.
They consist of Contra liner, Contra piston and the visible head with a compression adjusting screw. The contra liner and piston are made from cast iron. The contra liner is a loose fit in the Piston liner with a gap of 0.1 mm between the contra liner and the piston liner. I believe this is not an accident but a design feature to help retain heat in the head to aid combustion. 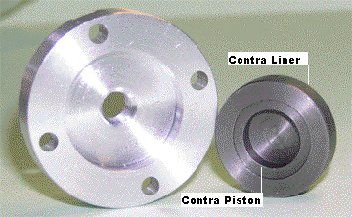 Carburettor
A regular Enya TN ( Twin needle) style where there is the main mixture needle and a secondary adjustable idle mixture needle on the opposite side of the carburettor to the main needle valve. However the throat of the venturi has been sleeved down from 7 mm to 4 mm. The reason becomes evident during the running process as throttle response is very good for a Diesel. 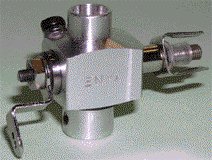 Silencer
A standard muffler for 25 size Enya engines, but without the flip up priming window which appeared on Enya engines many years after its usefulness had passed. 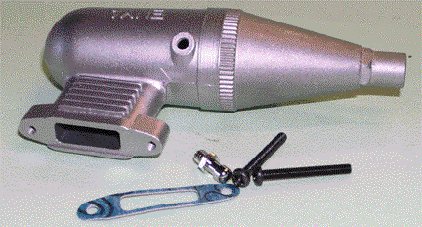 Glow Plug
You must think I am silly. Diesel engines do not have glow plugs but instead have a compression adjusting screw where the glow plug would normally be. Ignition is provided by the Ether in the fuel. Ether when compressed to the correct pressure will explode and this property is used to create the initial ignition when starting a Diesel. 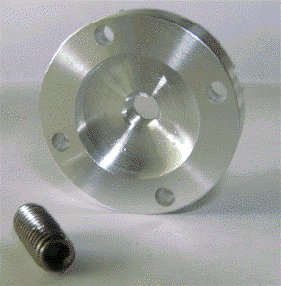 Fuel
This is the best part. The unique smell of Ether, Kerosene and Castor Oil. The instructions suggest the following;-

Running In
It is recommended to break your Enya SS25D in carefully with a slight rich mixture during the first half ~ one hour of running on a test stand. To obtain maximum power and long life, short runs of 5 to 10 minutes allowing the engine to completely cool in between runs, will ensure the engine is run-in without the risk of severely overheating.

Performance on Test
The first start took a little coaxing to bring the engine into life (I didn’t have the instructions at this stage). Once I had found the basic settings, a few cranks with the thumb over the carby and a firm grip of the prop until I could feel it wanting to fire, close the throttle to idle and 1/3rd of a flick and it was going.
The throttle performed well for Diesel with a slight hesitation from idle to full. After adjusting the main mixture approx. five clicks richer, the transition improved to a more acceptable level

Documentation
My example was missing the specific instructions, but a quick visit the suppliers rectified this. The instructions are comprehensive and must be thoroughly read and understood before operating this engine. They detail the settings for the compression adjusting screw, which by the way are spot on.

Conclusion
This is an extremely easy handling Diesel Engine. Starts with the correct settings were uneventful, adjusting firstly the fuel mixture is within the manufacturer’s instructions as is the compression screw adjustment.
I recommend this engine to anyone who would like to have a Diesel.
Well done ENYA.